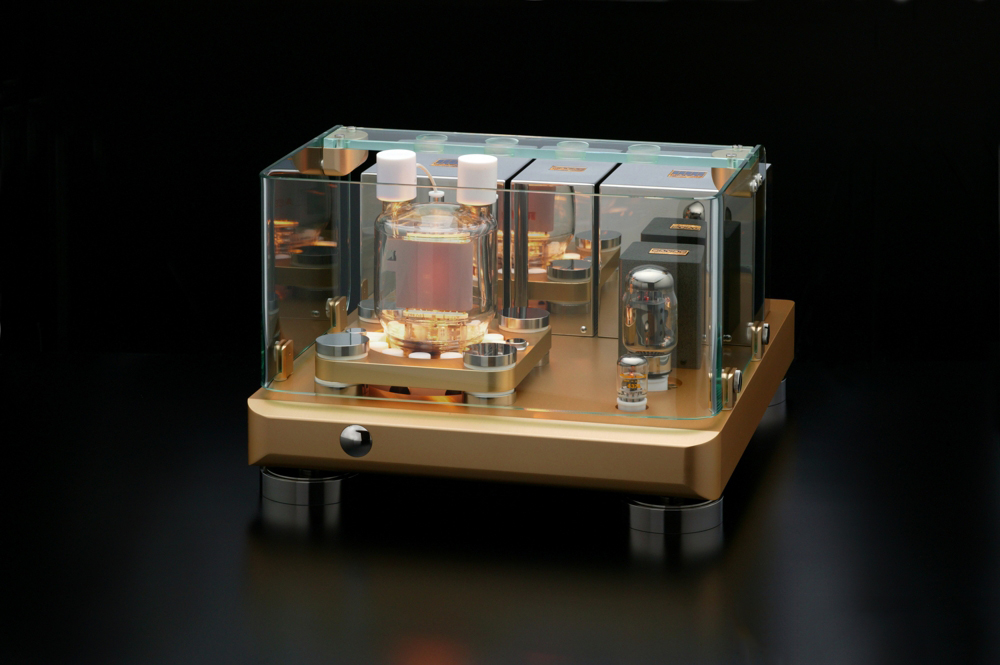 
HE-833 ver.1.3 design is very traditional, but it is traditional with a delicate design. Tube socket is Teflon car, the terminal is brass gold-plated joints, reduce the impedance of the vacuum tube contact, the internal circuit configuration is the division of law Kondo, the use of silver wire, jack also through phosphor bronze gold-plated treatment. Cabinet is made of a 60mm thick aluminum CNC lathe, and with the Beta-GEL shock absorber pad.

Wavac is quite light a young Japanese audio company, just spend their tenth anniversary, the tenth anniversary of its establishment success will naturally be introduced to commemorate the models, all Mao put out this HE-833 Ver 1.3 stage is the tenth anniversary one of commemorative products, output power of 150 watts, the power does not look so great, compared to now crystal machine often easily three to five hundred watts, HE-833 Ver 1.3 did not seem so great, but it turned out to be 150 watts "single-ended direct thermal transistors' design, it may very much.

directly heated triode most famous, than 300B, 300B but if you use a single-ended design, the output power is the single digits, put forward a parallel power doubling, but also more than a dozen watts, so it Wavac HE-833 unit can do 150 watts, can be really powerful. Of course, they did not use 300B, because no matter how hard efforts, 300B is the 300B, with no way to conjure the magic power. Wavac want to take power directly heated triode amplifier, to be another way, this road is not too surprising, selected power directly heated triode enough. Problems are so simple? Of course not, otherwise the machine will not sell so expensive. 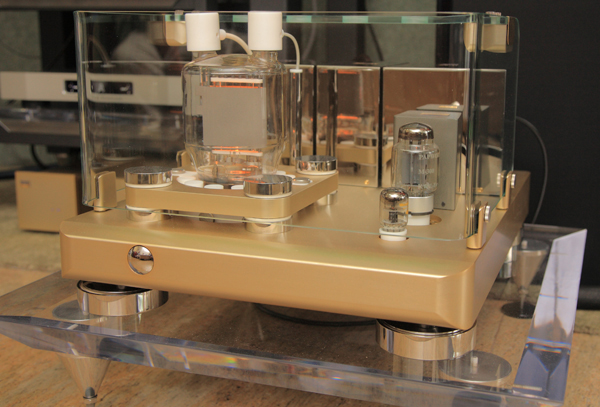 HE-833 Ver 1.3 is selected 833A strong discharge pipe, which is the RCA has launched the largest single-ended directly heated power triode, when the radio station used to use. Although direct thermal power transistor output power, but also increase with an enlarged Noise In addition, a sufficient amount of power supply design is pure Class A power stage problems.