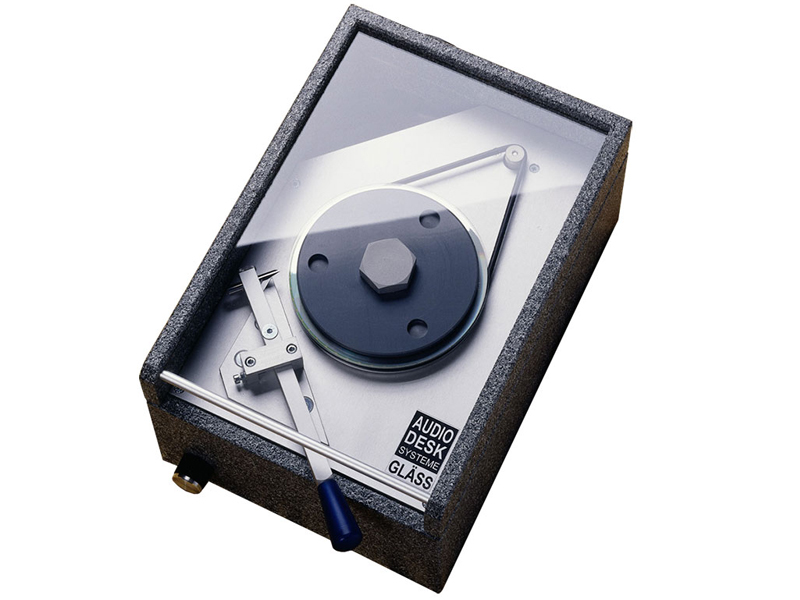 
The CD Sound Improver is a simple lathe that's built specifically to cut a bevel on the playing side of a 12-centimetre disc. It has a belt-driven turntable onto which you clamp the disc and a specially mounted cutting tool.

This tool also makes the disc totally concentric, thus reducing any potential vibration that an off-centre disc will induce in the disc transport. A surprising number of the discs I bevelled were not truly concentric.

The CD Sound Improver is a simple lathe that's built specifically to cut a bevel on the playing side of a 12-centimetre disc. It has a belt-driven turntable onto which you clamp the disc and a specially mounted cutting tool.

This tool also makes the disc totally concentric, thus reducing any potential vibration that an off-centre disc will induce in the disc transport. A surprising number of the discs I bevelled were not truly concentric.

It's a little unnerving to start slicing the edge off your favourite CDs, so my initial investigations were done with a pair of identical CD-Rs, in order to have something to compare results with.

The process is pretty straightforward once you steal yourself to get going and its very fast to do, twenty seconds is enough. You then need to mark the edge with the supplied permanent pen.

The lathe is rectangular, approximately 10.5 x 7 x 6 (L x W x H in inches). On the front surface is a small rotary control for motor speed; on the rear panel are the IEC jack and an opening that appears to be for cooling. The hinged glass top opens to give access to a small belt-driven turntable equipped with a stabilizing disc a little smaller than a CD and a threaded bolt that screws down to hold the CD in place during operation. A pivoted lever holds the trimming blade; its handle protrudes from the front. In the left rear corner is an open compartment apparently intended to collect the polycarbonate trimmings. (In practice, I found that the trimmings usually wound up anywhere but in there.)

Operation is straightforward. Place a disc on the turntable shiny side up. Place the stabilizer on the disc and very firmly screw down the bolt. Turn on the motor to maximum speed. Carefully move the lever until the cutting blade contacts the CD, and gradually continue moving the lever until the stop point is reached. Turn off the motor and collect and discard the trimmings. Set the motor at a moderate speed and blacken the newly trimmed edge with the supplied marker.

The trimming process is designed to accomplish two things. It compensates for imprecisions in the manufacturing process, leaving the trimmed disc perfectly symmetrical and balanced so that the laser more easily tracks the disc without having to move back and forth constantly. In addition, the outer edge is beveled at 45 degrees. That angle, together with the blackening of the edge, significantly reduces laser scatter--random reflections from the laser that can negatively affect the precision of the laser reading the CD. 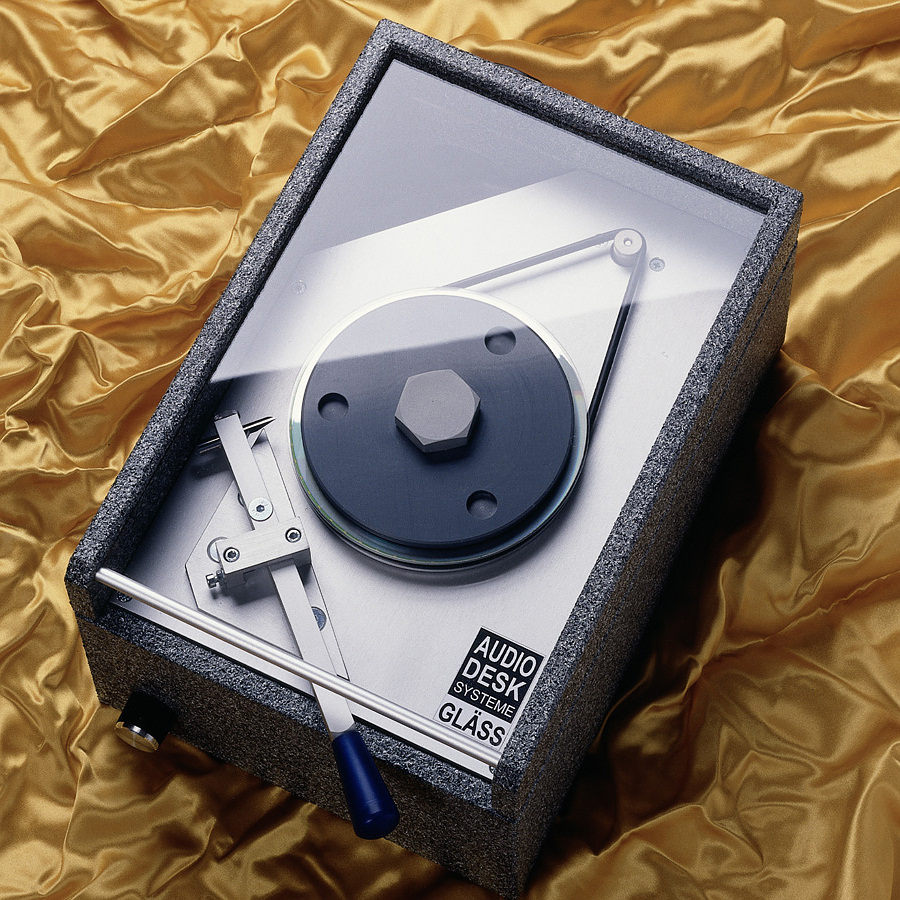 If, like me, you don't have a convenient place to permanently install the CD lathe, no problem--it is sufficiently small, light and self-contained to use just about anywhere. Sometimes I find myself listening to a CD that just doesn't sound the way I think it should. The first order of business is to reverse electrical polarity (or phase, if you prefer). That's easy enough if you have a polarity switch on your DAC or preamplifier. But if like many audio systems yours does not provide for polarity switching, you probably won't bother to do it by reversing electrical plugs or speaker connections. I probably wouldn't. But I digress.

I usually perform the next two steps together. First is a quick cleaning/polishing of the playing surface. I have used various products for that task, and they have mostly all made the cleaned and polished CD sound at least slightly better. For the past year or so I have been using REVEAL, a polishing agent offered by Andy Bartha Audio that comes in an 18 ounce aerosol can for $35. The polishing step by itself typically improves the sound of the CD, and combining that with the use of the Audio Desk lathe has made the experience of listening to CDs more satisfactory.

So effective is this process that I frequently choose several CDs to polish and trim in preparation for upcoming listening sessions. I find this ritual not irksome, but actually rather pleasurable. Other vinyl-oriented listeners may have a similar reaction. This method of preparing CDs is not unlike the LP-cleaning ritual that I have been performing for 20 years with my venerable VPI HW-16 record-washing machine. I guess handling them during these various operations makes the shiny little CD seem a less alien form. (This reaction is probably age-related. I can imagine younger readers who were more or less raised on CDs wondering what the heck I'm talking about here.)

My initial approach to using the CD lathe was to choose a CD and play a telling passage from it, then polish and trim it and listen again to the same passage. Doing things that way I was pretty confident that I heard a discernible improvement--ranging from dramatic to minor--roughly four out of five times. But even for an old subjectivist double-blind-testing-be-damned reviewer like me, this was not a sufficiently structured and repeatable test. It was time for a better plan.

I can make indistinguishable-from-the-original CD-R copies easily enough using either my standalone CD-R recorder or my spiffy new Macintosh G4. So I burned three CD-RW (so I could recycle the discs) clones each of several good-sounding and not-so-good-sounding CDs. The good ones included the Reference Recordings Bernstein disc, for judging orchestral dynamics and frequency extension; the Musical Heritage Society reissue of the Sibelius Violin Concerto, for judging spatial presentation; Bartok string quartets from the Vegh Quartet, for string instrument timbre and small-group imaging; Virtuosa Valentina, very honestly recorded solo piano from the lovely and talented Valentina Lisitsa; and soprano Renee Fleming singing the Strauss Four Last Songs. For a bad-sounding selection, I chose an early Angel CD of the Perlman/Giulini Beethoven Violin Concerto, a wonderful performance sabotaged by glassy, edgy sound. 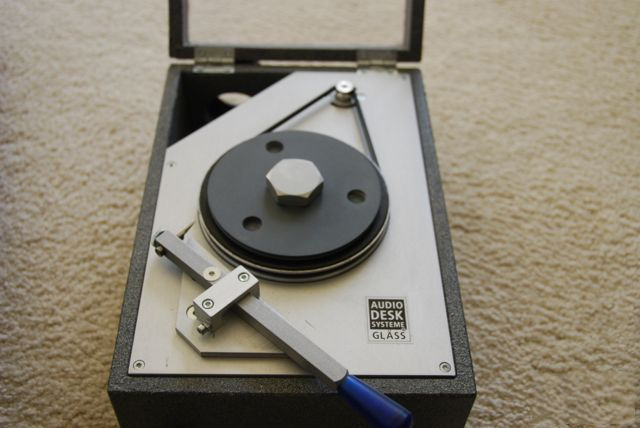 On the popular side I chose Alison Krauss's New Favorite, a pristinely clean and natural-sounding, mostly acoustic CD, and Emmylou Harris's Wrecking Ball, a dense, multilayered Daniel Lanois production that has challenged the resolution of every audio system I have played it on, especially the CD.

For each of these CDs I prepared three versions: polished only, trimmed/blackened only, and polished/trimmed/blackened. I marked each type with a small colored dot on the play side, so that I couldn't see which level of treatment I was comparing to the untreated original. Making these comparisons-and keeping detailed notes, which was essential-was sufficiently tedious that I limited myself to one recording per day. The thought of either writing or making you read the details of these comparisons is too gruesome to contemplate, so I'll summarize.

During the first tests, of all four versions of a given CD, I was gratified to find that I made only a few mis-identifications during the first round of comparison. And in almost every case, I got it right on a second round (with the CDs shuffled to change the sequence of play).

Any one of the treatments was virtually always easy to hear as an improvement over the untreated CD, the most difficult trials being with the best-sounding (Bernstein, Sibelius, Krauss) and worst (Beethoven) CDs that were polished-only or trimmed-and-blackened-only. The fully polished/trimmed/blackened CDs were easier to distinguish. With all of the other CDs my correct hit rate was consistently above 90% with any of the various comparisons. In particular, the typically murky textures of the Emmylou Harris disc were more separated and defined than I had previously heard. 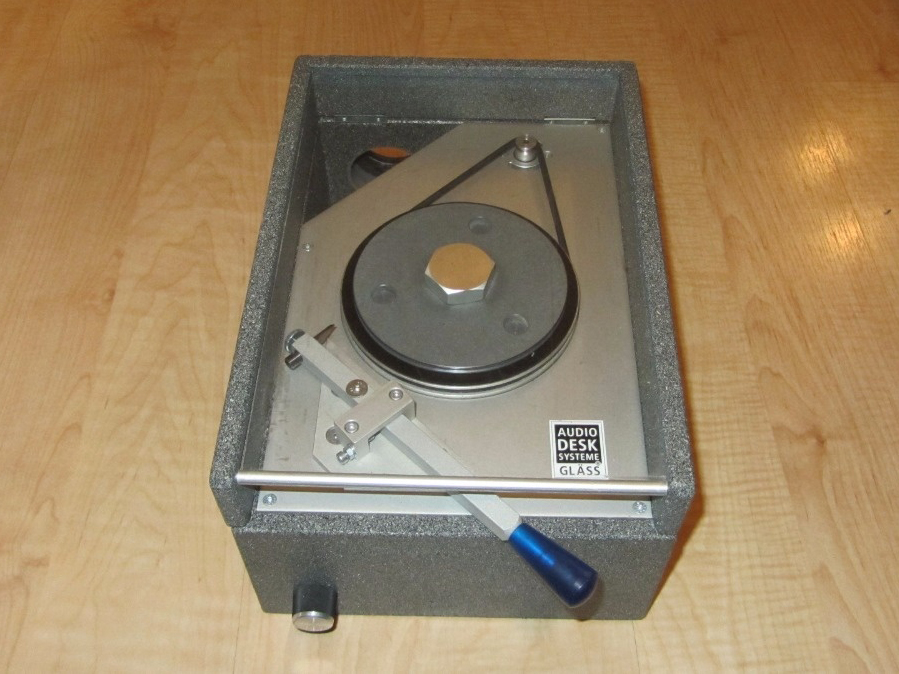 I found those results encouraging-not as certifying my ears as "golden," but as providing empirical validation that these treatments work well enough to be worth the trouble.

A Word About DVD

With my visual impairment, I typically watch my 32- inch TV from a distance of about 3 feet. So, my presuming to review video would be as suspect as a one-eared reviewer-evaluating stereo. But I was curious to see if I could detect any improvements when giving the treatment to DVDs. So I embarked on a much briefer trial, using David Lynch's Blue Velvet for color and Orson Welles' Citizen Kane for black-and-white. Here, of course, I had to rely on before-and-after-treatment viewings of selected scenes.

Even with my crummy eyesight, improvements resulting from the full treatment were fairly easily discernible. A degree of "video noise" that I had not consciously noticed before the treatment was noticeably absent after treatment. This was especially true in scenes set outdoors at night-blacker blacks and more discernible shadow details. There also seemed to be more contrast, especially in Kane. If I could detect those improvements, I imagine normally sighted viewers will be able to see even more benefits.