The STINGRAY II is the next evolution from our acclaimed Stingray Integrated Amplifier, legendary in the hifi world since it first swam from our labs in 1997. Originally conceived with particular attention paid to optimal component placement for the purity and symmetry of the signal path layout, the Stingray quickly became one of our best-selling products. The Stingray II retains the same basic tube circuitry and marvelous output transformers as the original with some important improvements:

The high voltage tube energy storage has been increased vastly resulting in even more solid and coherent bass control and impact.

A headphone jack has been added to the right side facia. This jack re-routes the output from the speaker binding posts and mutes the Subwoofer output feed. This makes the Stingray II a fabulous headphone amplifier!

The 4th input source is an 1/8" (3.5mm) TRS mini jack for convenient hookup with portable devices and computers on the left front facia.

The Remote Control works with both Radio Frequency and InfraRed technologies. Using the remote in RF mode gives freedom from having to "point and shoot." The RF remote is omnidirectional and works through walls and cabinets. IR capability is included for those with Universal Learning Remote Controls for consolidated integration into existing systems. The volume control, balance adjust, input switching, and display options are all on the RF/IR Remote Control. Additionally user can perform the MUTE, DIM, INSERT and STANDBY commands with the Remote Control. 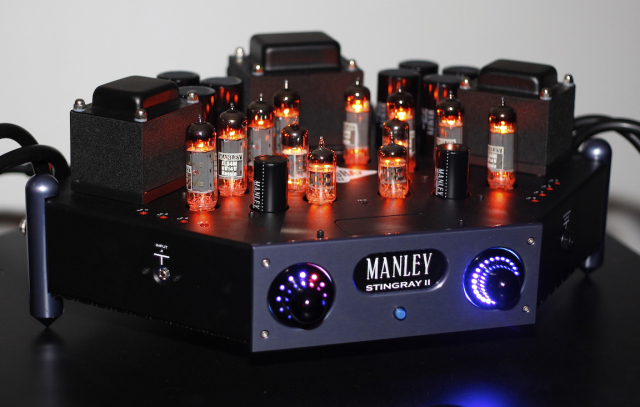 Each INPUT can be individually level trimmed to match and to optimize system gain staging of various input devices.

The fancy blue LED displays surrounding the INPUT and VOLUME encoder knobs can be dimmed down or turned off entirely, after a user-settable time period, or a "screen-saver" random light sequence can be selected. Speed and intensity of the "Starlight" mode can be tweaked to taste.

All custom user settings are hard written into memory when the unit is put into STANDBY mode and thus retained if power is later interrupted. 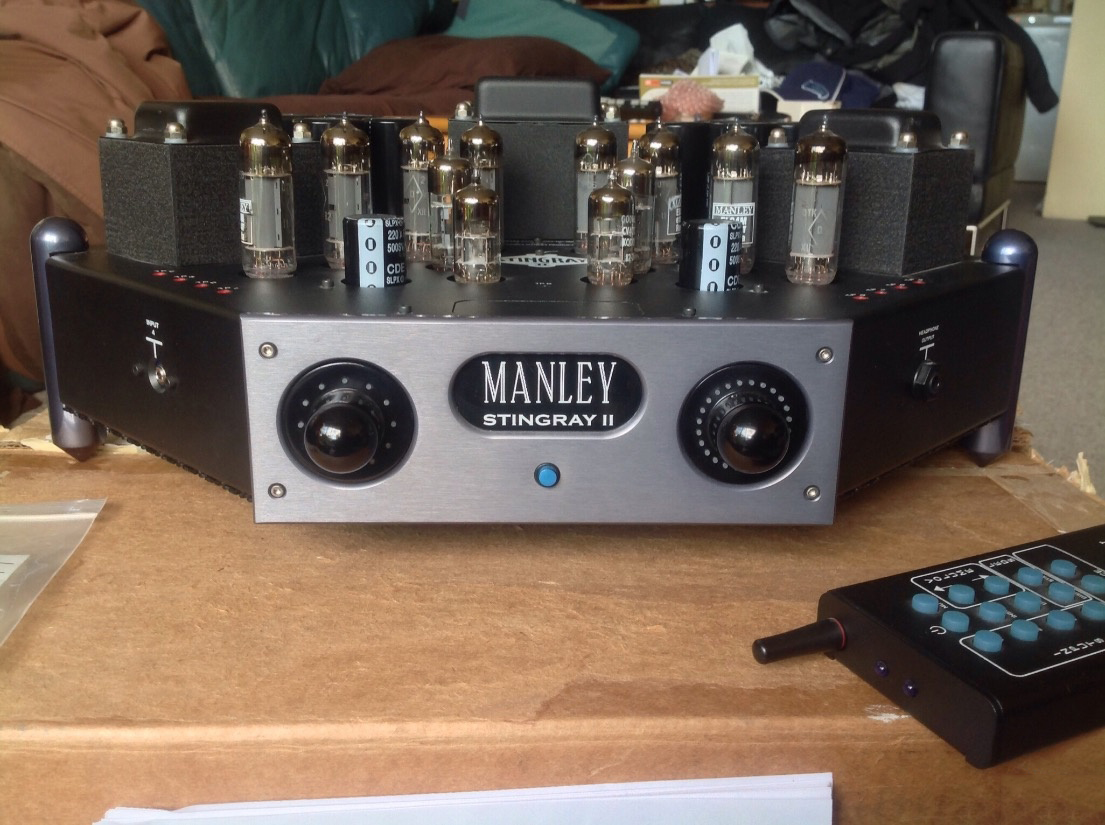 From our most advanced evolution of the Stingray, expect even more coherent bass definition and solid brawn from the larger high voltage energy storage. The EL84 output stage can be switched between 20 Watts of TRIODE power or 40 Watts of Ultra-Linear mode push-pull operation. The headphone output takes advantage of the entire amplifier and every ounce of attention to detail we have poured into this fantastic design. RF remote control included.